Zhe “Zack” Zeng was a volunteer BVA EMT who relocated to NYC after graduating from the UofR in 1998. On the morning of September 11, 2001, Zack was working at the Bank of New York building (located three blocks from the World Trade Center) when the first plane struck. When the tower fell, Zack and his fellow employees were ordered to evacuate. When Zack saw what happened, he ran back into his building to gather first aid kits and medical supplies, then responded to the base of the WTC to aid the injured. When the second tower collapsed, Zack became a victim himself at age 28. 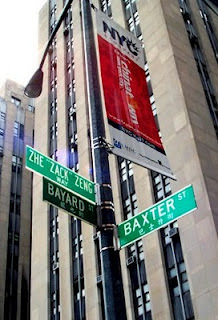 In May 2004, Zack’s name was one of the 25 names inscribed on the NYS EMS Memorial in Albany during its inaugural year. Several members of BVA and Zack’s family attended the dedication. In addition, a grassroots effort persuaded the NYC Council to rename Bayard Street in Chinatown as “Zhe ‘Zack’ Zeng Way”, the first street in the city to be named for an Asian-American. The street borders a park where Zack would meet friends. 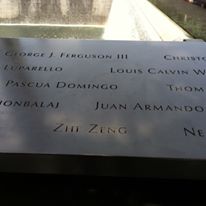